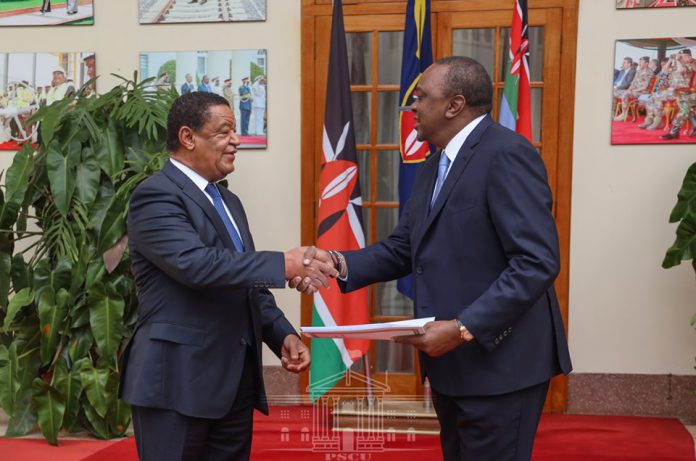 President Uhuru Kenyatta will attend the forgiveness, unity and peace festival scheduled to take place in Addis Ababa from 7-8 September 2019.

Organizing committee of the festival led by former Ethiopian President Mulatu Teshome, who is the patron of the committee, met President Kenyatta at the State House yesterday.

The former President singled out the ‘handshake’ between the Kenyan leader and former Prime Minister Raila Odinga as an initiative that has put Kenya on the world map as an icon of peace and stability.

“As Ethiopians, we would like to emulate what Kenya has done,” Mulatu was quoted by the State House Kenya as saying.

President Kenyatta said Kenya is keen to deepen its relationship with Ethiopia and called on the two neighboring countries to continue working together in the promotion of regional peace and stability.

President Paul Kagame of Rwanda and South Sudan’s President Salva Kiir have so far confirmed their participation at the festival.