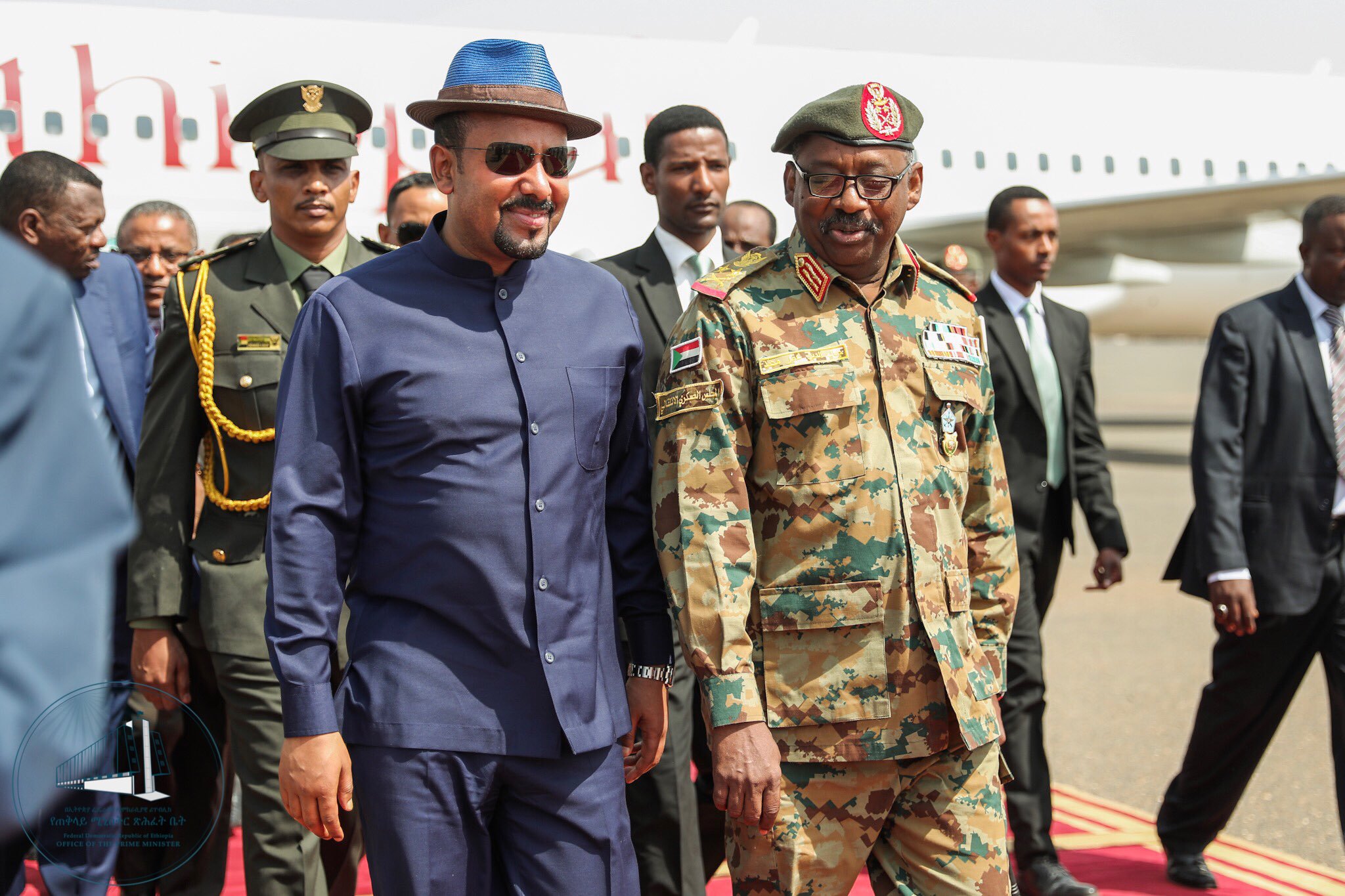 Prime Minister Dr Abiy Ahmed arrived in Khartoum, Sudan to preside over the final signing of agreements between the Transitional Military Council and the Forces for Freedom and Change.

Upon arrival at Khartoum International Airport, the Prime Minister and his delegation were received by Lt. Gen. Jamal-Eddin Omer Ibrahim, head of the Security and Defense Committee of the Military Council.

Chairperson of the African Union Commission, Moussa Faki Mahamat and representatives of various countries are also in Khartoum to witness the signing ceremony

According to Office of the Prime Minister, “This final agreement paves the path for formation of a civilian government.”

Sudan’s Transitional Military Council and the Forces for Freedom and Change signed a Constitutional Document which will pave the way for the formation of a transitional government early this month.

The signing of the document came following a series of mediation efforts by the Ethiopian and AU mediators.

The Ministry of Foreign Affairs of Sudan on August 5 awarded Ethiopian and African Union (AU) Special Envoys in recognition for their mediation efforts.