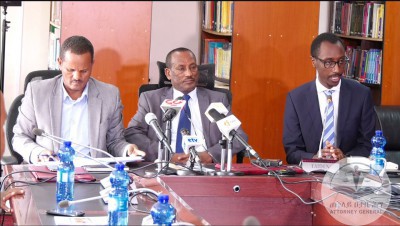 The three federal institutions—Anti-corruption Commission, Federal Police and Attorney General today signed an agreement to completely avoid corruption, and prosecute when it was committed.

It is believed that the agreement will have a potential to tackle the country that is very much prone to corruption.

The three institutions will work in collaboration with the government so that efforts of creating a generation petrified to corruption practices become possible.

In the agreement, the police are mandated to investigate into corruption; the Attorney general to prosecute corrupts, while the Anti-corruption will have a role of fending off corruption and educating about the negative consequences of corruption.