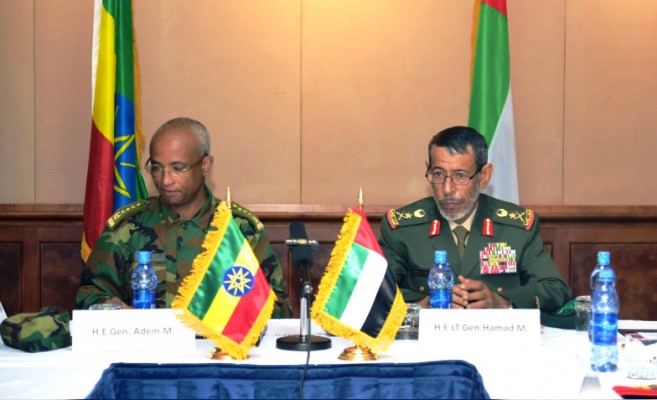 During the meeting, the two sides reviewed prospects for advancing military cooperation between the two countries, according to Emirates News Agency.

Currently on a visit to Ethiopia, Lt. General Al Rumaithi “deliberated the progress of military collaboration between the two countries and exchanged views over an array of issues of common interest,” said the news agency.

Al Rumaithi is accompanied by a top brass delegation, it added.

Relation between Ethiopia and the United Arab Emirates (UAE) is growing in a range of areas.

During the meeting, the two leaders reviewed the opportunities to enhance cooperation between the two countries in various sectors.

They also exchanged views on the developments of events and issues on the regional and international arenas as well as a number of issues of common concern.